Head of the General Staff of the Armed Forces of Belarus: a “belt of unfriendly states” is being created around the country 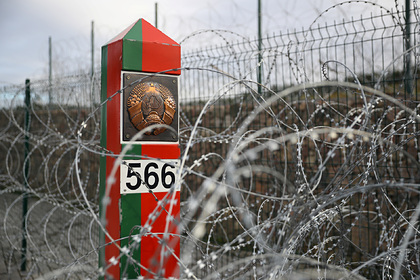 A “belt of unfriendly states” is being formed around Belarus “Anaconda rings”. This was stated by the Chief of the General Staff of the Armed Forces (AF) of Belarus – First Deputy Minister of Defense of the Republic, Major General Viktor Gulevich, BelTA informs.

The Chief of the General Staff explained that the formation of such a “belt” is facilitated by the creation of large groupings of troops on the territory of neighboring Poland, Lithuania and Latvia, as well as the “aggressive behavior” of Ukraine towards Belarus.

At the same time, in his opinion, international agreements on security and transparency of military activities are violated. In particular, Gulevich mentioned that Warsaw refused to hold a bilateral meeting with Belarusian arms control specialists, and also did not allow them to enter Polish territory to monitor military activities.

The Chief of General Staff also complained that NATO had suspended practical cooperation with Belarus, thus curtailing one of the channels for dialogue with the authorities of the republic.

Earlier, the Belarusian President Alexander Lukashenko spoke about the risk of a nuclear war in the conflict between Minsk and NATO. According to him, this is due to the fact that Moscow will inevitably be drawn into the confrontation.