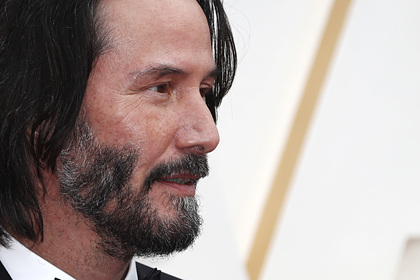 Hollywood actor Keanu Vaynona has declared himself Ryder's husband. This is reported by Esquire.

Previously, the artist joked that they really got married. Reeves said that formally he is really married to her, since in 1992 they played the lovers of Jonathan Harker and Mina Murray in Francis Ford Coppola's Dracula, and on the set they were “married” by a real priest from Romania.

“Winona says we are married. Coppola thinks so too. So I think we got married in front of God, “Reeves said.

Last year, Winona Ryder revealed that while working on Dracula, Francis Ford Coppola tried to force Keanu Reeves and Anthony Hopkins insult her to make the actress cry. The actors refused to do this, and the director himself continued to call Ryder names, but he did not get tears. According to the artist, she had a completely opposite reaction to the insults of the filmmaker. She emphasized that she is on good terms with Coppola.