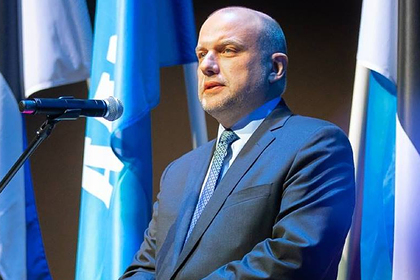 military force in the event of an attack on Ukraine, reports ERR.ee.

According to the diplomat, the West has cause for concern. “If the US Secretary of State and NATO Secretary General are extremely concerned about the movement of Russian troops along the Ukrainian border and very seriously and openly warn Russia, then there is reason for concern and increased vigilance,” Luik said, noting that “such statements are not made just like that.”

The Permanent Representative assured that both the US and NATO remain vigilant and ready to use all available means. At the same time, the Ukrainian army is now much stronger than in 2014. “If Russia opposes Ukraine, it must take into account that it will be opposed by a very serious military force,” concluded Luik.

Earlier, Bloomberg reported that, according to US intelligence, Russia plans to attack Ukraine in 2022 year. Kirill Budanov, head of the Main Intelligence Directorate of the Ministry of Defense of Ukraine, said that this would happen in late January or early February, for which 92,000 Russian troops were already concentrated on the border.

Kremlin spokesman Dmitry Peskov said that Russia was not going to attack to Ukraine and does not harbor any aggressive plans. “It is absolutely wrong to associate any movements of the RF Armed Forces across the territory of our country with such plans,” he stressed.