Doctor Yevgeny Komarovsky: bed rest with ARVI should be avoided in every possible way 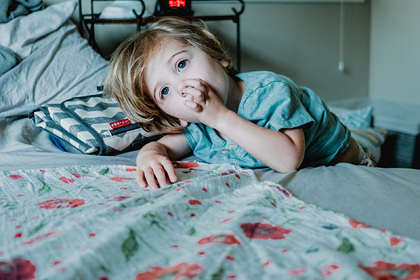 Doctor and TV presenter Yevgeny Komarovsky said that an ARVI patient should not lie in bed … The specialist warned about the danger of bed rest on the air of the program “Ask Komarovsky” on the channel “Ukraine”.

According to the doctor, if a patient with an acute viral infection or any other respiratory disease is in a horizontal position, then his the lungs expand much less. In this case, as Komarovsky noted, the patient's risk of complications associated with insufficient ventilation of the lungs increases.

“Therefore, it is not surprising that there is a standard recommendation by most doctors in the world, most modern treatment protocols:“ Bed rest should be done in every possible way avoid “”, – he stressed.

The doctor added that there is only one disease that requires bed rest – diphtheria. Komarovsky explained that with this ailment, active movements negatively affect the heart rhythm. “But, fortunately, there is very little of this disease due to vaccinations,” the specialist added.

Earlier, Komarovsky denied several myths associated with taking antibiotics. In a post published on Instagram, the doctor stated that these drugs do not help fight viruses. According to him, antibiotics do not work with viral infections and do not improve anything except the material well-being of manufacturers and sellers.