NatWest: in the next 15 years, 3D-printed organs and air taxis will appear in the world 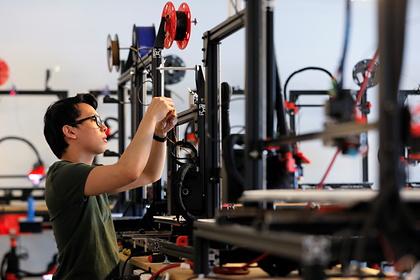 Analysts of the NatWest research company have listed the main trends of the future … The report is available on the organization's website.

The authors of the report turned to futurists and specialists in various fields – medicine, trade, agriculture, media. The authors named new ways of diagnosing and treating diseases as the most important trend – smart toilets, smart skin and special implants. Experts also predicted the emergence of 3D-printed organs that can be used for transplantation. In agriculture, analysts predicted the introduction of drones that will monitor the condition of the soil and produce crops.

Interviewed experts in the field of transport noticed that in the next 10-15 years unmanned capsules, air taxi in the form factor will appear in the world drones. In education, the introduction of interactive holograms for teaching schoolchildren and students has been predicted. The created local systems based on renewable energy sources will help prevent an energy crisis.

Experts believe that in the near future exoskeletons will be used in production, which will give their owner superhuman strength. In the media sphere, NatWest authors predicted the emergence of recommendation algorithms that will tell the user what to watch, listen to and read.

Earlier, the founder of Diagnocat AI, Vladimir Aleksandrovsky, named the quality of doctors that gives them an advantage over artificial intelligence. According to Aleksandrovsky, soft skills are important in modern medicine, which cannot be replaced by AI.