Hockey player “Ak Bars” Kampfer about World War II: the USSR would have been difficult to cope without the United States 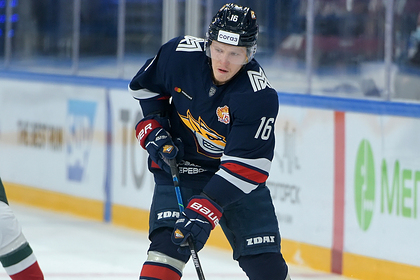 KHL defender ) “Ak Bars” Stephen Kampfer spoke about the results of the Second World War. His words are quoted by RIA Novosti.

“You cannot talk about the victory of any one country in such an event as a world war. It is unlikely that the United States would have gone so far without the support of Great Britain and other countries, but it would have been difficult for the USSR to cope with enemies without the help of the United States and allies, “said the American hockey player. He stressed that this is a common victory, and there is no need to single out one.

Ak Bars signed a contract with Kampfer this summer for one season. Prior to that, the defender played for the National Hockey League club Boston Bruins. He did not play in the 2021 Stanley Cup playoffs, but received the championship ring.

In May this year, before the Formula 1 Spanish Grand Prix, Russian Haas driver Nikita Mazepin decided to kneel. The Russian said that he showed respect for the veterans of the Great Patriotic War and all the people involved in the Victory. Foreign fans condemned him for this act.