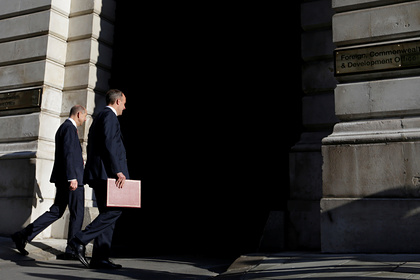 The British Foreign Office published a report on the human rights situation at 31 country, including the department concerned about the rights of gays, Jehovah's Witnesses ( an extremist organization banned in Russia ) and the founder of the Anti-Corruption Fund ( FBK, included by the Ministry of Justice in the register of organizations performing the functions of a foreign agent , recognized as an extremist organization and banned in Russia ) Alexey Navalny in Russia.

Russia in the document belongs to the category of countries that continue to “cause concern.”

According to the document, sexual minorities continued to be subjected to hostile treatment, and the persecution of Jehovah's Witnesses continued. In addition, the text says that the authorities in Russia restricted the activities of civil society organizations, independent media and opposition figures.

“Legislators have amended legislation that broadened the scope of the law on undesirable organizations to include individual activists, and also prohibited individuals participating in so-called“ extremist ”organizations from running for office for a five-year period. This led to the fact that certain opposition movements were prohibited from participating in the elections to the State Duma in September, ”the document says.

Also, the British Office noted the prosecutions, which were allegedly “politically motivated.” “The ECHR indicated to Russia the immediate release of Mr. Navalny, based on an assessment of the risk to Mr. Navalny’s life. Russia did not put this decision into effect in the first half of 2021. Great Britain continued to call for the immediate and unconditional release of Mr. Navalny and condemned the treatment of peaceful protesters, ”the report specifies.

In October, Russian President Vladimir Putin said that Navalny was in prison not for political activities, but for crimes. According to the head of state, worries about the death of democracy in Russia are greatly exaggerated. “Don't worry about us, think better about yourself and what is happening there,” Putin advised.

In February, the Moscow City Court recognized the replacement of Navalny's suspended sentence in the Yves Rocher case with a real one as legal. He was charged with 60 violations of public order after a suspended sentence. At the same time, the FBK founder's sentence was reduced by 50 days – he is serving a term of 2 years 6 months in a colony.