A member of the Borisov flight attendants union: a special service is needed to fight rowdy 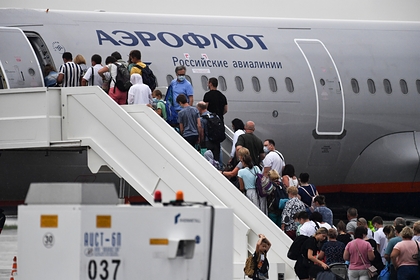 mentally inadequate aircraft passengers. Her words are quoted by News.ru.

She said that in Russia it is necessary to create a service of “air marshals” – specially trained people who can quickly “twist” a person in an emergency. The expert stressed that such a practice has long existed in the USA.

At the same time, according to Borisova, flight attendants should not interact with rowdy, they should not have handcuffs with them either.

“In terms of such marshals, everything depends on the costs of airlines. It is necessary to allocate seats for the flight, tickets for them will not be sold, “- added a member of the trade union.

Earlier, on November 23, a Russian committed suicide on a plane en route from Sharm el-Sheikh to Samara. Shortly after takeoff, the 48-year-old man went to the toilet and did not leave for more than 15 minutes, which alerted the flight attendants. After removing the toilet doors from their hinges, the body of a tourist was found.