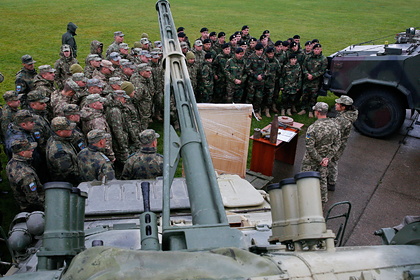 Western countries promised to provide assistance to Ukraine in the event of a military offensive by Russia , said the secretary of the National Security and Defense Council (NSDC) of the republic, Alexei Danilov. This was announced on Monday, November 22, Ukrinform reports.

Danilov said that during the International Security Forum in Halifax he met with the Canadian Defense Minister, several US senators, officials from other partner countries of Ukraine.

“It's no secret that we exchange intelligence information, so almost everyone understands what's going on. The only thing that remains unknown is whether Putin will attack, and if so, when. However, we must be ready in any case, and our partners have assured us that they will help Ukraine as much as possible in the event of the arrival of the “Ch” time, “Danilov said.

Earlier, Kirill Budanov, head of the Main Intelligence Directorate of the Ministry of Defense of Ukraine said that Russia would attack in late January or early February, for this, 92 thousand troops were already concentrated on the border.

According to Budanov, a series of psychological operations will follow before the invasion in order to destabilize Ukraine. “They want to stir up unrest through protests and rallies that show that people are against the government. They want to make the situation inside the country more and more dangerous and difficult and create a situation in which we must change the government, “he said.

Press Secretary of the Russian President Dmitry Peskov called the statements about the invasion whipping up hysteria and provocations.