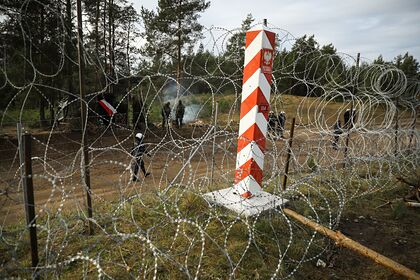 The US intends to impose new sanctions against Belarus. This was stated by the US Special Representative for Belarus Julie Fisher at an online conference of the Woodrow Wilson Center in Washington, TASS reports.

According to her, the authorities of the States and the European Union (EU) make it clear that they will be against Minsk additional restrictions are introduced due to the situation on the country's border with Poland. Fischer stressed that President of Belarus Alexander Lukashenko “bears full responsibility” for the migration crisis. She also added that the West remains united on this issue and uses the available tools to change the policy of Minsk.

In addition, the American diplomat noted that the sanctions will have an effect over time and become an element of pressure. She stated that the restrictive measures are not intended for simple punishment, but for achieving certain goals.

Earlier, President of Belarus Alexander Lukashenko, in a conversation with the interim Chancellor of Germany Angela Merkel, put forward an ultimatum in exchange for ending the migration crisis at the borders countries of the European Union. According to Estonian Foreign Minister Eva-Maria Liimets, the Belarusian leader demanded that the EU leaders recognize the legitimacy of his power, as well as lift all Western sanctions on Belarus. At the same time, the diplomat stated that one should not follow Lukashenka's lead and urged to adopt a new package of sanctions against Minsk as soon as possible.