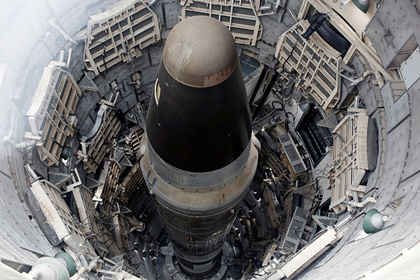 territory. So the likelihood of such a step was assessed by Artem Sokolov, an expert of the Valdai Club and a researcher at the Center for European Studies of the IMI MGIMO, in an interview with Lenta.ru.

Related materials00: 00 – March 22 “Our relations are nowhere worse” The US and Russia are on the brink of a new Cold War. Why is this not considered important in America? 00: 01 – January 26

“Let's postpone the crisis for five years” The US is ready to extend the missile treaty with Russia … Why did Biden decide to make concessions?

According to him, negotiations on the creation of a coalition government between the Social Democrats (SPD), the Greens and the Free Democrats (FDP) are extremely difficult, therefore none of the forces that will form the new Cabinet have the desire and opportunity to raise such the difficult question of how the deployment of American nuclear weapons.

At the same time, the Greens were previously the most zealous followers of the idea of ​​transferring it to another country. According to Sokolov, their party in the past has consistently advocated pacifism, in connection with which NATO Secretary General Jens Stoltenberg admitted the possibility of deploying US nuclear warheads in Eastern Europe instead of Germany – as a “safety net”. But the political scientist doubted that the Greens would now show adherence to principles on this issue. “It is unlikely that this is the topic where they are now ready to launch some kind of ideological offensive, because first of all they are concentrating on issues of climate and ecology. Accordingly, this question is unlikely to be raised in the near future, “he said.

Vadim Kozyulin, a Valdai Club expert and head of the Center for Global Studies and International Relations of the Russian Foreign Ministry's Diplomatic Academy, agrees that the transfer of American nuclear weapons from Germany to another country is unlikely to happen in the near future. According to him, such a step will require the creation of infrastructure in the country where the weapons will be deployed, as well as significant costs for the training of local personnel. The specialist stressed that this is hardly in the interests of NATO, although many Germans, including the Green Party, express such aspirations.

Of course, while nuclear weapons are in Germany, this country is a target for Russian missiles

However, such a step could have significant political consequences for Germany. “Germany will lose its weight in NATO, as well as a special relationship with the United States,” Kozyulin said in a commentary to Lente.ru. He stressed that a number of German politicians are deeply convinced that nuclear weapons and US military bases “cement the transatlantic partnership,” and if they abandon them, the role of the “special partner” of the United States could be given to the country to which nuclear weapons will be transferred.

Earlier, Stoltenberg announced the possibility of the alliance to deploy American nuclear weapons in Eastern Europe if Germany refuses to accept them on its territory. In response, Russian Deputy Foreign Minister Alexander Grushko said that such a step was a gross disregard of the Founding Act on Mutual Relations, Cooperation and Security between Russia and NATO.