Footballer Jikia about the BLM action: this is a personal matter, in the Russian national team we respect everyone 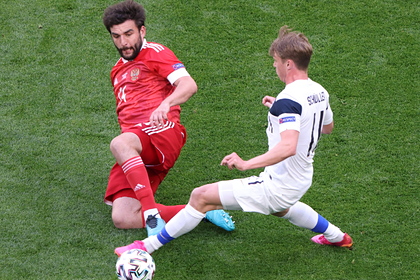 Captain of Spartak Moscow and the Russian national team in football, Georgy Dzhikia spoke about the kneeling action within the Black Lives Matter movement. His words are quoted by KP.RU.

The footballer drew attention to the fact that in the Europa League match against English Leicester City, the red-and-white players waited for a pause after the starting whistle, as the opponents were kneeling. “In the Russian national team, we also respect everyone and there is no need to single out someone. But this is everyone's personal business, whether or not to kneel, “Jikia summed up.

In November, the former president of Moscow Lokomotiv Olga Smorodskaya called Spartak a racist club after the club's footballers refused to kneel and support a BLM promotion before the start of the Europa League group stage round four match against Leicester. In “Spartak” they considered Smorodskaya’s statement “too serious an accusation for which it would be necessary to answer within the framework of the law.”

Football players around the world are kneeling in the framework of the BLM movement. The protesters demand systemic changes and believe that the murder of African American George Floyd by a police officer is linked to racist prejudices in society.