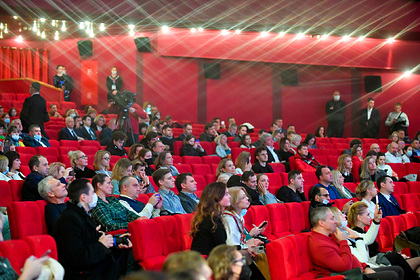 on the introduction of QR codes for visiting leisure places in many regions. This is evidenced by the research data of the Tinkoff CoronaIndex analytical project, which came to the disposal of Lenta.ru.

From October 28 to November 7, the financial turnover of entertainment companies (tourist attractions, botanical gardens, shows, museums and others) increased by 16 percent. Also, Russians ordered food from fast food restaurants more and more often. The number of online orders from fast food enterprises increased by 20 percent, the number of transactions – by 10 percent, and the average check – by nine percent. Cafes and restaurants lost some of their customers – online orders fell by 14 percent, transactions – by 16 percent. The turnover of postal companies and courier services increased by 35 percent, medical institutions – by 117 percent.

During non-working days, the number of orders for food and cosmetics on the Internet increased. The number of transactions in these industries increased by 14 and 10 percent, respectively, however, due to the drop in the average check, turnover decreased by seven percent.

Online turnover in the air and transport category grew by 20 percent year-over-year. The turnover of fast food enterprises on non-working days of 2021 increased by 82 percent compared to the same period last year.

Before the introduction of non-working days, the analytical center of the Synergy University conducted a study that showed that almost every tenth respondent decided to go on a trip to Russia on these dates, and 5.5 percent either thought about traveling abroad or had already bought tickets. A quarter of citizens planned to earn extra money, and another 18 percent intended to visit relatives and friends.