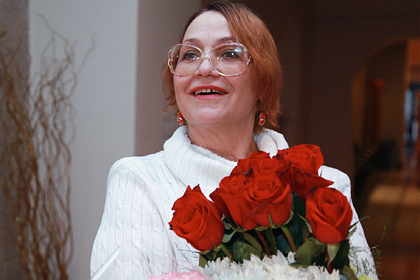 A farewell ceremony with People's Artist of Russia Nina Ruslanova will be held at the Moscow House of Cinematographers November 24. This is reported by TASS.

The funeral event will begin at 11:00 in the foyer of the Great Hall. It is noted that the actress will be buried at the Troekurovsky cemetery.

The death of Ruslanova became known on November 21. The star spent the last ten days in the hospital, where she got with the coronavirus. The actress was diagnosed with respiratory failure of the first or second degree. She was 75 years old.

Nina Ruslanova starred in films such as “My Love”, “Don't Shoot White Swans”, “Afonya”, “Shadows Disappear at Noon”, “Be My Husband” and “Heart of a dog.”