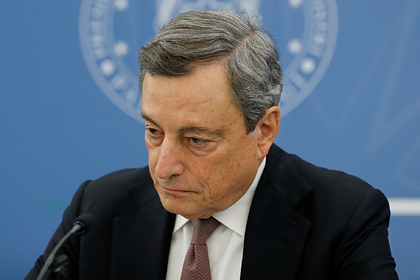 In a telephone conversation with Russian President Vladimir Putin, Italian Prime Minister Mario Draghi discussed the energy situation in Ukraine, as well as the migration crisis on the border between Poland and Belarus. The content of the conversation became known from the message of the press service of the Italian government on Twitter.

They are not How the desire of thousands of migrants to break through from Belarus to Europe led to casualties and an international scandal15: 25-19 November

Border station. Poland and Belarus – about a breakthrough to Europe, life in a camp and fear of deportation

“The talks focused on the migration crisis on the border between Poland and Belarus, the dynamics of energy prices and the situation in Ukraine,” the office said. p>

Earlier, the official representative of the Russian Foreign Ministry, Maria Zakharova, accused Western countries of attributing Russia to participation in organizing the migration crisis on the Polish-Belarusian border. According to the diplomat, Western countries need an external factor to convincingly explain the situation.

The migration crisis near the eastern borders of the European Union has worsened after the Belarusian President Alexander Lukashenko said that Minsk would no longer restrain the flow of illegal immigrants to the EU countries .

Since the beginning of November, thousands of migrants have gathered at the Polish-Belarusian border, they have made attempts to move to Poland. In this regard, the West accuses Lukashenko of deliberate provocation and the use of people at the border in their own interests.