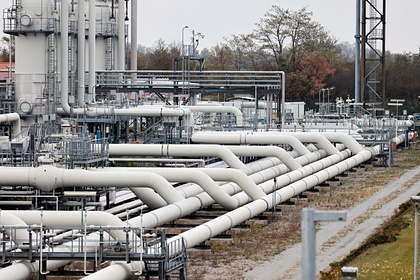 Russian energy company Gazprom has issued an ultimatum to Moldova News with reference to the representative of the enterprise Sergey Kupriyanov. The fuel producer has warned that gas pumping to the country will be stopped in 48 hours if debts are not paid.

At the end of October, Gazprom signed a contract with Moldova, subject to 100% payment of current payments for gas. The next payment deadline came on November 22, and the company issued a warning to the government obligations in relation to Gazprom, as well as the position of the President of Russia, to whom the Moldovan side has repeatedly turned for assistance, Gazprom decided to sign the contract practically on the terms of the Moldovan side, but with an essential and important point: Moldova fulfills one hundred percent of the current payments for gas. The next deadline for current payments is today, November 22. There is no payment, “Kupriyanov emphasized.

According to the new contract, Gazprom will supply gas to Moldova for 5 years, starting from November 1. The parties agreed to conduct an audit of the debt of the Moldovan-Russian energy company Moldovagaz to Gazprom no later than May 1, 2022. Recently, Gazprom and Moldova also entered into a “skeleton” agreement on debt repayment. The document includes an approximate timetable, according to which the debt should be repaid within five years.