Head of Chechnya Kadyrov: let's honestly tell the media about the nationality of each criminal 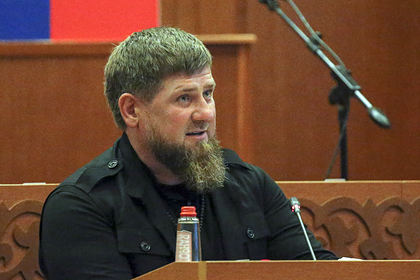 … He wrote about this in his Telegram channel, commenting on the discussions around the bill of Chechen deputies, proposing to ban the media from mentioning the nationality of the criminal.

Kadyrov appealed to critics of the bill. “If you think that the nationality of the offender should be indicated, I’m all for it! (…) Let's honestly, without excuses or excuses, name every criminal, “he said, noting that he had not seen reasoned opinions against the initiative of the Chechen parliamentarians.

Do you want absolute freedom of speech? Forward! From tomorrow, name everyone – Russian, Bashkir, Cossack, Tatar, Jew, Udmurt, Buryat, Yakut … All without exception! At the same time, we will find out who breaks the law most of all

The head of Chechnya also accused several journalists and politicians of a committed and coordinated position on this issue.

“Soloviev, Popov, Shevchenko, Drize, Merkacheva, Zatulin, Mironov, you should have paused at least to make your opinion look more natural. But each of you decided to please the general curator and speak out as quickly as possible. Tell your puppeteer that it was enough for him to muster up the courage to contact me directly and not to use dozens of media and newsmakers for this, ”Kadyrov added, stressing that the people he listed“ do not have their own opinion, a gram of foresight, patriotism, worries about everyone who lives in Russia and works honestly. ”

A bill proposing to prohibit the media from indicating the nationality of criminals in materials was introduced to the State Duma on November 22 by the Chechen parliament. According to the authors of the initiative, provocative materials are often published in the media and social networks that can form a negative attitude towards a particular ethnic group. The discussion about this topic arose after a fight in New Moscow with the participation of natives of Azerbaijan, who, as it turned out later, are citizens of Russia. The Union of Journalists of Russia, in particular, stated that the idea of ​​Chechen parliamentarians restricts freedom of the press.