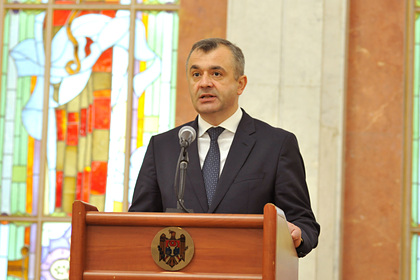 Former Moldovan Prime Minister Ion Chicu gave advice to the country's authorities on paying the debt to Gazprom for gas supplies on the air of the Prime TV channel, RIA Novosti reports.

As Kiku recalled, the state of emergency ended on Saturday, November 20. He explained that at the moment the government has no right to allocate money. For this, the Cabinet must approve a special bill and approve it in parliament. “Thank God, we have money, including $ 236 million from the IMF, they are in the accounts of the National Bank, we need to pay this money by Friday before the gas reserves in the pipeline run out,” the ex-prime minister added. p>

If Moldova does not pay for gas, then there is a risk of being left without it. Kiku expressed confidence that the crisis was provoked by the country's government, which cannot resolve it. At the same time, he stressed that “a way out can be found.”

At the end of October, Gazprom signed a contract with Moldova, subject to 100% payment of current payments for gas. On November 22, when the next payment deadline came, an ultimatum was issued to Moldova. The fuel producer warned that in case of non-payment of debts, gas pumping to the country would be stopped in 48 hours.

The Moldovagaz company promised with the help of the country's authorities to solve the problem with Gazprom regarding non-payment of the debt as soon as possible. In turn, the head of the Moldovan company Vadim Ceban asked the government for a loan of $ 74 million to pay off the debt.