“Soyuzmultfilm”: reaction to the trailer for the new “Well, wait!” The web was predictable 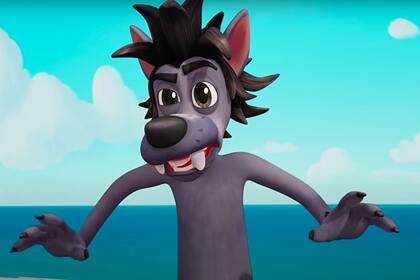 stated that the negative reaction of social media users to the trailer for the new version of the cartoon was predictable. The press service of the Soyuzmultfilm studio told the Moskva agency about this.

The press service said that such a reaction does not surprise them, since the audience of social networks consists mainly of adults who remember the classic , the Soviet version of the animated series.

“We expected a mixed response from viewers who grew up on the classics. The new cartoon, while maintaining the classic animation genre of buffoonery, has a different atmosphere and its own charm. The authors of the project presented a new interpretation of the popular plot, and we think that over time, viewers will adopt a new visual image of the characters and the cartoon itself, “the creators of the animated series commented on the situation.

Comments were disabled under the video with a trailer on YouTube, however users have spoken about him on other social networks. The video was watched by more than 300 thousand people per day. Reviews on social networks turned out to be contradictory, some wrote that there was no need to reshoot old cartoons.

On November 21, as part of the online event Comic Con Russia & IgroMir 2021, the first trailer for the restart “Well, wait a minute! ” The characters have undergone significant rework. For example, from bad habits, the Wolf will have an excessive passion for video games, since now you cannot smoke and drink alcohol on the screen. In addition, several new heroes have been added to the already familiar duet of the Wolf and the Hare.