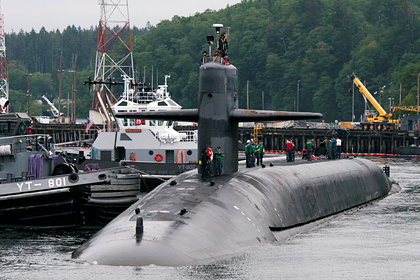 The perfect storm: China and the United States are pulling military forces into the South China Sea. How will the battle for regional domination end? 15:35 – September 16

USA, Britain and Australia have united in a military bloc. What tasks will be solved new alliance?

The document was signed in Canberra by Defense Secretary Peter Dutton, as well as the US and British Ambassadors. This is the first public agreement since the three countries announced an alliance to counter strategic tensions in the Pacific.

“The agreement with the US and UK on the exchange of information on the Navy's nuclear power plants will allow Australia to become reliable and responsible partner of these countries in using the latest technologies, “- said Dutton.

Canberra, London and Washington joined forces in the strategic sphere and on September 15 announced the creation of the military alliance AUKUS. According to US officials, the alliance members intend to oppose the strengthening of Beijing in the military and technological spheres within the framework of the partnership agreement.

Relations between Western countries and China have aggravated against the background of competition in the South China Sea. Beijing claims that a significant part of the international waters in the Asia-Pacific region belongs to the PRC. We are talking about disputed maritime areas in Taiwan, the Philippines, Vietnam, Malaysia and others. The Chinese government is taking steps to strengthen control over the sea routes through which world trade passes.