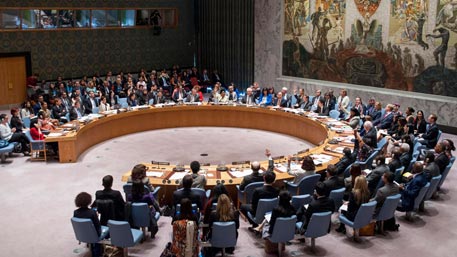 USA, Japan and South Korea has demanded urgent convocation of the UN security Council in connection with the next test of a ballistic missile of the DPRK. About it reports AFP referring to the American official at the United Nations.

“The USA together with Japan and South Korea demanded to hold emergency consultations on the launch of DPRK’s ballistic missiles February 12,” — said in the message.

According to Reuters, the UN security Council meeting could be held Monday.

On Sunday 12 February, the DPRK tested a ballistic missile medium-range “Puchiko-2” (“polar star-2” – per). Pyongyang said the tests were successful.