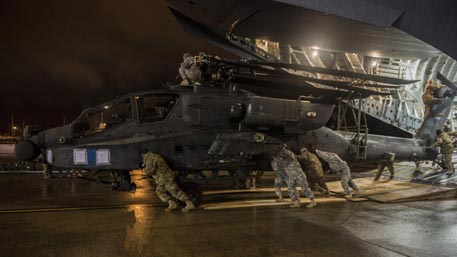 Dozens of helicopters Chinook, Apache and Black Hawk of the US army began unloading in the port of Bremerhaven for the further sending the air fleet of the us military base Illesheim in Bavaria. About this reports Deutsche Welle.

In total, Germany arrived 94 helicopters, as well as several trucks of the tenth combat aviation brigade from Fort Drum.

Part of the equipment 14 Feb will be redirected to the air base of the Alliance in Lithuania, Poland and Romania as part of operation expansion of NATO to the East Atlantic Resolve.