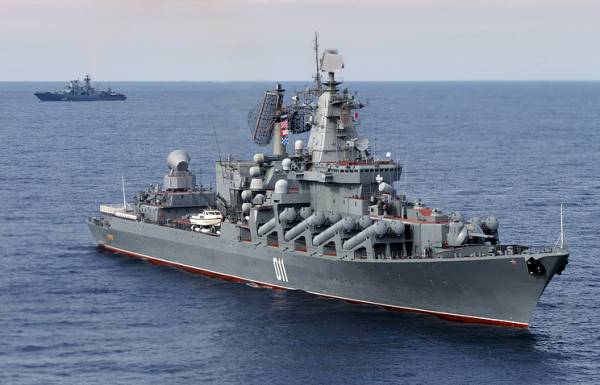 VLADIVOSTOK, February 13. /Offset. TASS Natalia Nikulina/. Missile cruiser Varyag, flagship of the Pacific fleet conducted artillery fire in the Gulf of Peter the Great. This was announced by the representative of the fleet Vladimir Matveev.

“In accordance with the plan of combat training of the fleet in the landfill located in waters of Peter the Great Bay, the ship has successfully carried out a range of artillery fire from artillery systems AK-130 and AK-630 on coastal targets, towed marine shield and luminous bombs SAB-250 simulating the firing points, surface ship and means of air attack imaginary enemy. The firing was conducted at various ranges in the difficult noise conditions,” – said Matveev.