In Los Angeles, was 59 the ceremony of Grammy awards, where Lady Gaga sang with Metallica, David Bowie has won more awards than life, and Beyonce made pregnant and lost Adele. 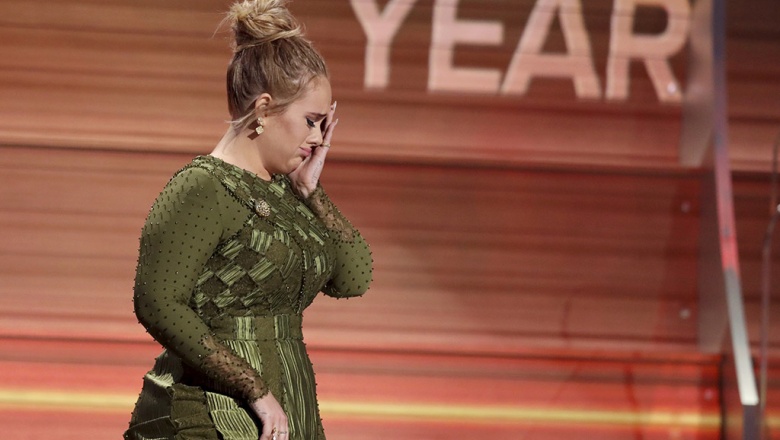 Predictably in the current year the ceremony “Grammy” were particularly solemn and largely funerary in nature due to the numerous deaths during the reporting period. David Bowie, however, observed with the help of Lady Gaga a year ago, so the current focus was on the presentations on the Prince, George Michael and the Bee Gees celebration — of three brothers the only survivor Barry Gibb.

The last performance was the most solemn on stage for a performance medley of songs rose specially assembled group, Gibb sitting in the audience was happy. The most touching was the tribute to George Michael from Adele.

Singer chose his rare single “Fastlove”, but failed to properly start to sing emotionally apologized and clearly said “fuck” past the MIC and not only sang, but also earned a standing ovation. The performance of Bruno Mars in the form of a Prince turned out to be the most cheerful, though the singer remains a bucket of slops for the fact that encroached on the sacred.

In General, due to the fact that the American Academy of recording still not figured out how to keep up with rapid time to compensate for the lack of nominations from actual artists traditionally, it was agreed to concert performances.

More emotions in this sense, of course, caused a pregnant Beyonce. 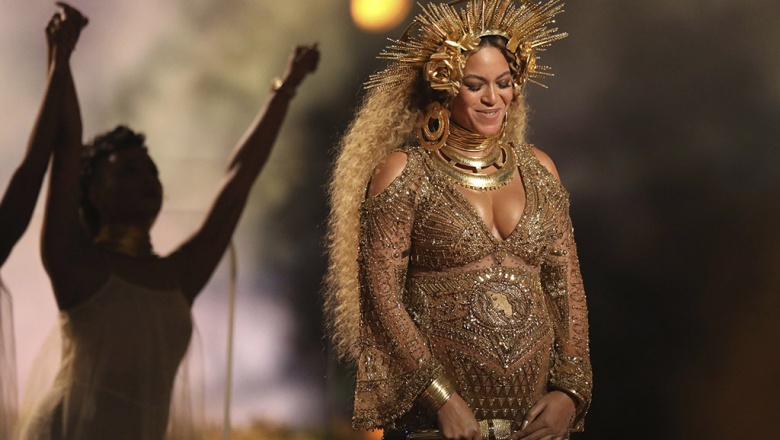 The singer recently announced that she was expecting twins and went on the stage in the costume of the goddess. The room was built on the whole holographic cascade, which was no wonder to get confused. For the wife of Jay-Z, of course, it was important to convey two basic ideas — the forces of the black brotherhood (or Sisterhood) and the joys of motherhood. It so happened that all gasped and scenography of the performances will look in parts for a long time.

One of the most anticipated performances — a duet of Lady Gaga and Metallica with the song “Moth Into The Flame” was impressive, but somewhat crumpled. First, James Hetfield does not turn on the microphone and the rest of the song he had to sing in one with Gaga. But on stage there was a lot of fire, and Gaga provided the angular and energetic performance with a stage dive at the hands of a specially exposed to the public and the final demonstration of a fresh tattoo of a butterfly on his back.

Now I wonder whether the tattoo was permanent. The musicians of Metallica, when it looked as if any part of this their forced circumstances.

As for awards, it’s not without its oddities, incidents and scandals.

First, shortly before the ceremony, it refused to attend Justin Bieber and Drake (in solidarity with the ignored young artists) and Kanye West (accusing academics of disregard for black people). In the end, the youth had to take the rap Twenty One Pilots, who came for a reward without pants, for black — Chance the Rapper. He has received awards for best debut, rap song and rap album (mixtape “Colouring Book”), and towards the end also threw a powerful choir.

The second important rap performance at the Grammys belonged to the resurgent last year, “A Tribe Called Quest”. Their new and latest album “We Got It from Here… Thank You 4 Your Service” is largely devoted to contemporary America and pre-election fever, and therefore the statement in the company new hope R’n’b Anderson’s Pak has stated the main political note of the evening.

As for the incidents, it was mostly the sudden triumph of David Bowie. Singer, when life had only the award for best video (received in the late 1980s), this time won five (best rock song, rock performance and alternative music album and best packaging and the work of sound engineers) — for the album “Blackstar”.

Finally, some of the intrigue contained in the major categories. The main opposition, of course, developed between Adele and Beyonce, but in the landscape category were presented, for example, the gorgeous “A Sailor’s Guide To Earth” Sturgill Simpson, successfully preventing country and soul. Academics, however, prefer romance.

Recording of the year was the song “Hello”, and album “25” Adele, where to this time, the account was still the best pop album and pop performance. The British came on the scene, once again for the ceremony broke down in tears and thanked her husband, son, mother and Beyonce, who also brushed away a tear and seems to be finally relaxed after his speech.

The love between Beyoncé and Adele has everyone crying #GRAMMYs pic.twitter.com/eqCYNbrgkW