The cat was the best friend of an orphaned Rhino

It is difficult to understand why, but a cat named meow was another orphaned Rhino. 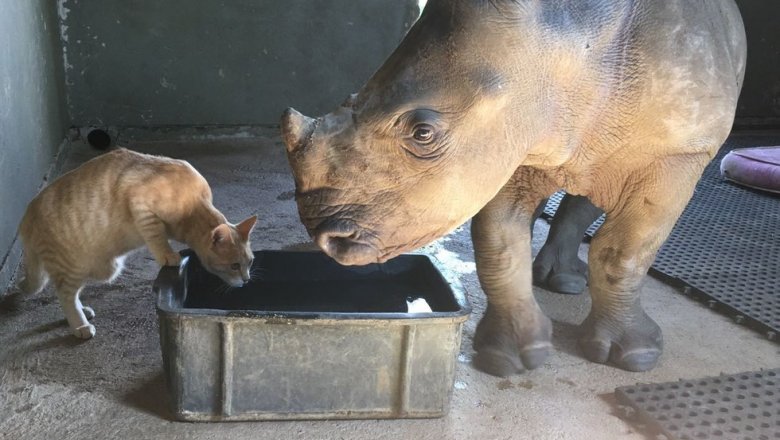 Nandi, two month old baby white Rhino, was found and taken to the South African kennel “Rhino Orphanage” in December. Her mother was killed by poachers, and Nandi managed to survive only by a miracle, tells The Dodo.

As soon as Nandi appeared in the shelter, met her cat. He did not ignore the fact that Rhino is a lot more of him. This difference does not hinder their friendship, especially their favorite long walks in the nursery.

According to the shelter staff, the animals get along very well with each other because of common interests. Both love a good walk, and after a good NAP. But sometimes they go very far, so the cat back is required to carry.

When Nandi grows up, she will return to the wild, but now still too young, so they have the cat meow there is still a lot of long walks.