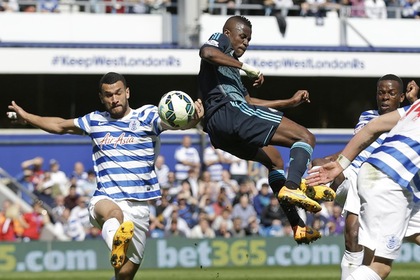 Moscow “locomotive” refused the transfer of defender of the English “Queens Park Rangers” of Steven caulker. It is reported by The Sun.

Red-green had intended to rent Kolker and booked the player and his agent tickets to Spain, where the winter collection of “Locomotive”. At the last moment the defender demanded a 3.5-year contract with a salary of 100 thousand pounds a week (124,5 thousand dollars). According to British newspaper, the Muscovites have considered such a move an act of disrespect and refused Kolker.

25-year-old caulker stands for “Queens Park Rangers” in 2014. During this time he spent in the team’s 42 games and scored three goals. In addition, he has one game and one goal for England.

After 17 rounds of the Russian football Premier League (Premier League) Lokomotiv with 23 points and occupies the 10th place in the standings.