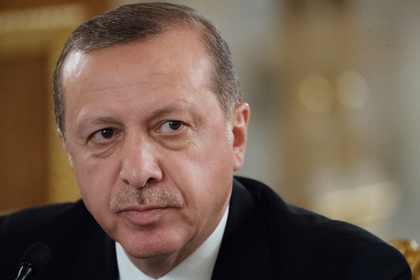 Turkish President Recep Tayyip Erdogan called the release of the border areas, including the capital of the “Islamic state” (IG, is prohibited in Russia) Raqqa, the ultimate goal of the Turkish operation in Syria. On Sunday, February 12, reported Reuters.

“The ultimate goal is the liberation of an area of five thousand square kilometers,” — said Erdogan.

Earlier in the day, the President announced that the Turkish troops occupied the center El-Baba. He stressed that the terrorists of ISIS to leave the city, reports Al Jazeera.

Yesterday, February 11, the Russian defense Ministry announced the liberation of the village, Tadef on the outskirts of El Bab by the Syrian troops and Russian HQs. During the operation was destroyed in 650 Islamic state terrorists.

Fighting in El-Baba, located northeast of Aleppo, have been under way since December of 2016. Attack on city controlled by militants, are troops of the opposition free Syrian army with the support of the Turkish military.

Units of the Turkish army and part of the SSA from August 24, 2016 carried out in the Syrian operation “shield of the Euphrates”. The main declared goal of the mission is the liberation of the border areas from the extremists ISIS fighters and Kurdish militias, as well as the creation of security zones.