Friendly fire is not allowed to flare up

The death of the Turkish military under the impact of the Russian HQs in Syria will not lead to a cooling of relations. 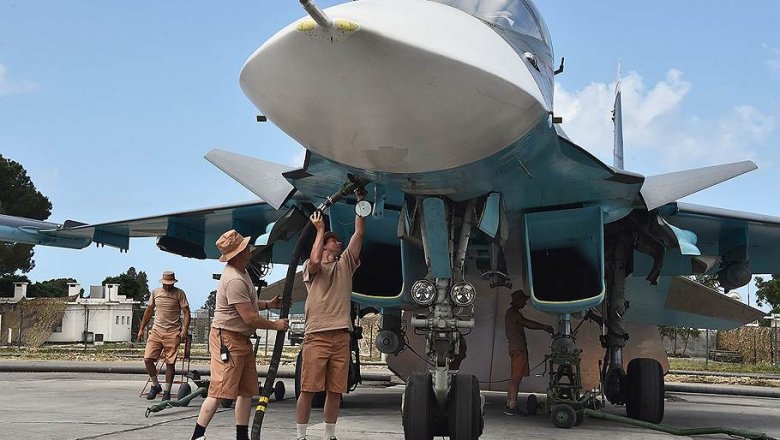 Between the Russian and the Turkish armed forces has been second since the beginning of the war in Syria is a serious incident that resulted in human casualties. In the town of al-Bab in the North of the country the aircraft of the Russian VKS by mistake struck blow to the Turkish military, leading the fighting against controlling the city groups in the Russian Federation banned the “Islamic state”.

Three Turkish soldiers were killed and 11 were injured. Soon after the incident, President Vladimir Putin expressed on the telephone his condolences to President of Turkey Recep Tayyip Erdogan. Judging by the first reaction of Ankara, this tragic episode will not provoke a crisis in bilateral relations — in contrast to the destruction of the Turkish air force of a Russian su-24 in November 2015.

About the incident involving the Russian aircraft, which killed three and wounded 11 Turkish military yesterday announced the General staff of the Turkish armed forces.

“Russian military aircraft during air strikes on targets “Islamic state” accidentally hit a building, where the Turkish soldiers participating in the operation “shield of the Euphrates”,” — said the representative office.

In the defense Ministry, “Kommersant” reported that by the end of emergency talks between the chief of General staff of armed forces Valery Gerasimov and his Turkish counterpart, Hulusi ACAR “the parties agreed on closer coordination of joint actions and exchange information about the situation on the ground.”

Later at the security Council meeting, Russian defense Minister Sergei Shoigu said that the military leadership of the two countries decided to improve “the mechanism for coordinating joint actions against terrorists in Syria.” Further comment from the defense Ministry yesterday abstained.

According to sources “Kommersant” in the military authorities, the coordinates of targets to attack, chosen based on the cosmic and human intelligence, were agreed in advance on the line of the General staffs of both countries and of the command of the air forces.

The crews of bombers su-24M and su-34 and su-25SM attack aircraft had sufficient RAID, and most of them already had experience in combat missions in Syria. These planes together with crews of F-16 and F-4 of the Turkish air force bombed militants in al Bab 18, 21 and 26 January (hitting the 36, 22 and 3 targets respectively).

According to the analysis of joint actions conducted by the Russian and Turkish military, the experience of joint air operations was considered a success — the parties agreed to continue it.

According to “Kommersant”, yesterday’s flight was no different from the previous one. After receiving a task, the aircraft flew from the airbase Hamim in the province of Latakia, and proceeded towards El-Baba.

Identifying targets, the pilots carried out about 8:40 am bombs, and, as they say in the military, “without critical deviation”. Upon the return of the aircraft in Hamim, the Russian side was notified about the incident, which was immediately communicated to the highest military-political leadership of the country.

By assumption, sources, “b”, one of the causes of the tragedy could be the inconsistent move of the Turkish land forces in a pre-determined air strikes square.

A joint investigation of the causes of the accident to confirm or refute this hypothesis.

Immediately after the first reports about the tragedy in El-Baba — when specified, whose aircraft attacked the Turkish positions, of a telephone conversation between presidents Vladimir Putin and Recep Tayyip Erdogan, who apparently was already aware of the details of the incident.

The Russian leader expressed his Turkish counterpart condolences, and about 20 minutes after the information about this conversation the representatives of the Turkish command was first announced involvement in the incident of the Russian HQs. “Calling the President of Turkey and expressing his condolences, Putin behaved very well”, — said “Kommersant” expert at the International strategic research organization in Ankara Kerim has.

He is convinced that the incident in al Bab will encourage the commanders of the two countries to more closely coordinate their actions in Syria.

Judging by the first statements by officials in Ankara (and the military, and policies specifically emphasized that we are talking about unintended error on the part of Russian aircraft), to a cooling of relations with Moscow the tragic incident will not.

In contrast to November 2015, when Russia and Turkey were standing in the Syrian conflict on different sides of the barricades and Ankara took seven months to apologize for the destruction of the Russian bomber su-24, this time the political context is quite different.

In relations between the two countries has been a clear convergence, manifested in a joint peace initiative for Syria, which yielded at the end of January talks in Astana between the government and the opposition.

In addition, in the vicinity of El-Baba Moscow and a member of NATO, Ankara has acted in unusual for themselves as military allies. Their planes carried out several joint operations against the militants “Islamic state”.

Russian aviation and air support to attack, which leads to this town the Turkish army.