On bullfighting in the Mexican city of Encarnacion de Dia bulls attacked spectators and bullfighters. This publication reports the Daily Mirror. 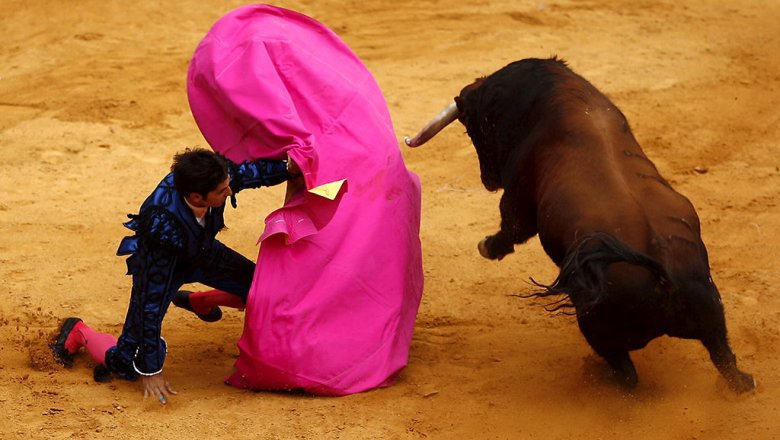 One of the bulls managed to run into the arena ahead of time. The other rushed into the stands and attacked the assembled people. Published in Instagram video shows how he threw a man through the fence, and then the man caught up with the bull that rampaged in the arena.

The most serious injury received picador Cesar Morales (César Morales). The bull pierced his leg horn. One of the animals snatched from her back to the toreador Adolfo Ramirez (Adolfo Ramírez), who came to Mexico from Spain, but he was lucky: he escaped with bruises. In addition, the affected operator and the photographer who filmed the bullfight. One of them broke a rib, and the other sprained his ankle.

An eyewitness told reporters that in the stands there was panic. Several people received bruises and minor wounds.

In 2016, it was reported about the death of a professional bullfighter Victor Barrio. During a performance in Spain, the bull several times butted the man. The victim was hospitalized, but doctors could not save his life.