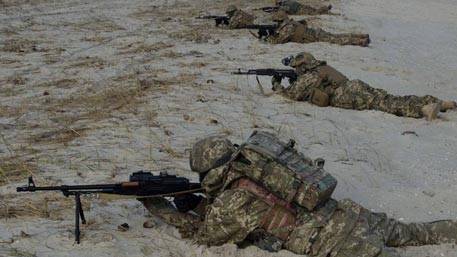 Ukrainian security forces tried to make a breakthrough in the area of Yasinovataya in the Donbass, but to do so they failed. It is reported RIA Novosti citing the Deputy commander of the operational command of the self-proclaimed Donetsk people’s Republic Eduard Basurin.

“Yesterday near the Cool Beams sabotage and reconnaissance groups of the enemy, numbering up to ten people supported by mortars and small arms attempted to break our positions”, – he said.

Basurin noted that when trying to break through the three security officers stepped on a mine field. Military APU died.

He also said that, according to intelligence DNI, the Ukrainian military has deployed to the line of contact of the reactive systems of volley fire “Hurricane” and howitzers.

Earlier it was reported that from midnight on 24 December in the Donbass established a regime of silence on new year’s and Christmas holidays. The parties agreed at the talks in Minsk.