Residents of Odessa on the morning of Wednesday, December 28, was again brought flowers to the building of the Consulate General of the Russian Federation in memory of the victims of the crash of Tu-154. Reports about it “Timer”. 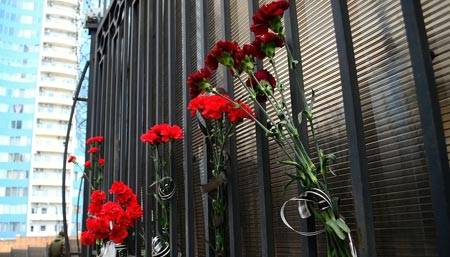 The portal also publishes photos taken at the Russian diplomatic mission in the city. The footage captured the flowers and posters with condolences. 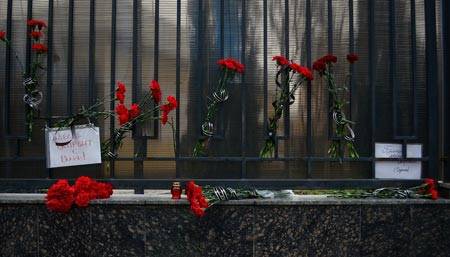 On the eve of the group of Ukrainian radicals from the banned in Russia organization “Right sector” threw in the trash the flowers and candles, which the citizens have brought to the Embassy in memory of those killed in the crash of Tu-154. The extremists also posted leaflets with insulting inscriptions. The Consulate General of the Russian Federation stressed that the police did not respond to this act of vandalism.

A DoD sniffer plane Tu-154 crashed on the morning of 25 Dec. The aircraft crashed into the Black sea a few minutes after takeoff from the airport of Sochi. Onboard there were 92 persons, among whom were the performers of the Alexandrov ensemble, the physician and the philanthropist, Elizaveta Glinka, known as Dr. Lisa, and nine journalists of channel one, NTV and Zvezda TV channel.