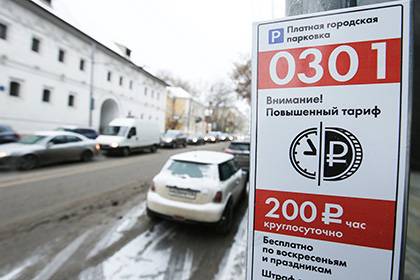 As noted by network edition m24.ru, the Parking fee imposed on emergency areas. Parking outside the Third transport ring, as before, is 40 rubles per hour.

The decision on what streets will be included in the paid Parking area were taken with participation of municipal deputies, experts and local residents, said the TV channel “360”.

The first paid Parking appeared in Moscow in the framework of the experiment in November 2012. At the present time for Parking you have to pay 479 on the streets of the capital.