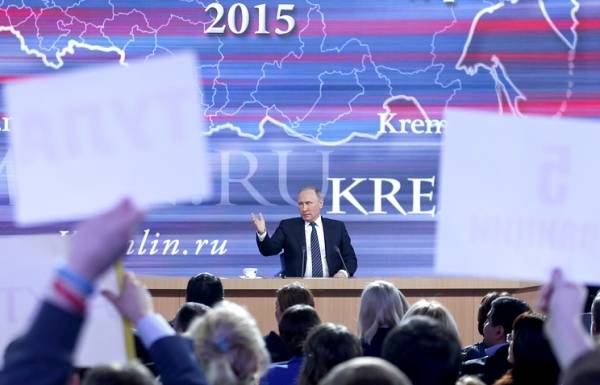 At the press conference of Vladimir Putin in 2015, he asked the most different questions: from the geopolitical situation in the world before the problems of adoption specific newborn from Tula. “We keep the issue under control,” not just talking the President. TASS checked the instructions and tasks set by Vladimir Putin.

What was asked of the President. In 2014, in Tula at the local hospital during the fire injured two children — newborn boy and girl. The boy was in critical condition: he was burned over 70% of the skin. After that the mother abandoned the child and there was a question not only of saving his life, but also about adoption.

“People from all over the country worried about the fate of Matthew and Express fears about what will happen formal adoption. Do not exclude the possibility that the boy would end up in the nursing home” — addressed to the President of one of the journalists.

“Indeed, the whole country is watching I already know this, keep the control”, — said Vladimir Putin.

What happened after the press conference