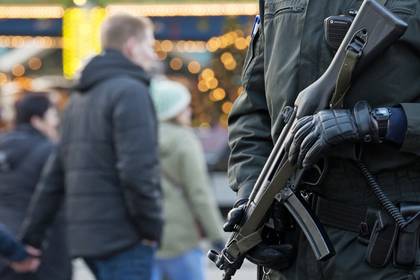 Terrorist organization “Islamic state” (IG, is prohibited in the Russian Federation) have claimed responsibility for the attack in Berlin on 19 December. On Tuesday, December 20, reports Reuters with reference to the news Agency militants Amaq.

“Contractor operations in Berlin is a soldier of ISIS, he performed the operation in response to the call to attack citizens of countries [international] coalition,” — said the Agency of terrorists.

Earlier, on 20 December there was information that the suspect in the case were released for lack of evidence. The witnesses were unable to identify the truck driver who committed the collision, so to prove that the suspect was in the time of the attack in the cabin of the vehicle, failed.

Before Tuesday it was reported that the main suspect in the terrorist attack in Berlin 23-year-old native of Pakistan Click B. however, German media, citing security sources, announced that he was not involved in the attack, the real criminal is on the loose and armed. The interior Minister of Germany Thomas de Maiziere said that the detainee has denied involvement in the attack.

The evening of December 19 in the capital of Germany the truck made impact on the visitors of the Christmas fair. Ran her ran away. During the incident in the cab of the truck was another man, he died. Victims of collisions of steel of 12 persons, 48 were wounded. The German authorities acknowledged the incident a terrorist attack.