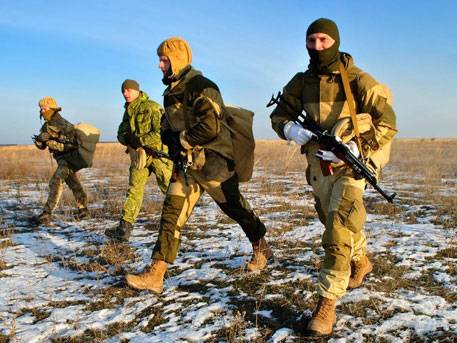 During the attempts of a breakthrough in the area of Debaltsevo was destroyed 40 Ukrainian security forces. About it reports “Luganskinform” with reference to the representative of the LPR militia major Andrey Marochko.

“We know for certain about 40 dead and over 50 wounded Ukrainian soldiers from the 54th brigade and the 11th battalion of the 59th brigade “Kievan Rus”. Independent Ukrainian media reported about 100 dead,” said the major.

While officially, the Ukrainian defense Ministry said only six of the dead soldiers APU and 19 wounded. Marochko suggested that Kiev hides the real losses of the armed forces of the country.

The representative of the people’s militia self-proclaimed Luhansk people’s Republic also added that the bodies of the dead none of the Ukrainian army are not addressed.

“Their losses are not taken into account, at the moment, we have not had any treatment for the bodies of the victims. They simply do not need the government, whose interests are killed,” suggested the major.

Marochko noted that the Ukrainian command continues to make attempts of resumption of hostilities in the Donbas and increasing combat strength, violating Minsk agreement.