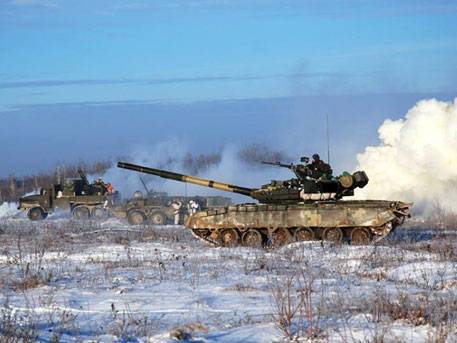 The decision to attack APU under debaltseve Kiev may have been dependent. About it on radio Sputnik said political analyst Stanislav Bychok. According to experts, resumed in the Donbass fighting is “the final salvo” outgoing administration of Barack Obama.

“This is a provocative steps. Perhaps this “final salvo” leaving the Obama administration. I associate it more with American Affairs than Ukrainian, because it is obvious that no DNR and LC are now Ukraine does not need, given the ongoing political crisis in Kiev”, – quotes RIA Novosti words of the Bychok.

He also added that Ukraine is not willing to join the Donbass, as the region is home to several million people who hate the Kiev government.

“That’s what will get Ukraine, it will be such a headache for Poroshenko that the current crisis will seem like some fairy tale,” explained the analyst.

He noted that Kiev is unlikely in a large-scale offensive in the Donbass and, most likely, will conduct positional battles.

“After all, Debaltsevo, I think it makes the Ukrainian military “nervous TIC”, just remember the boilers which there are formed,” concluded Bychok.