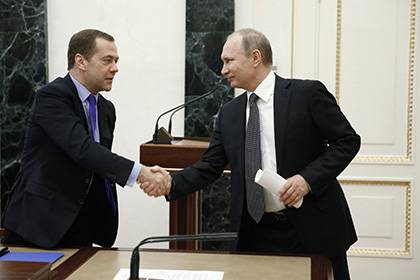 “I would like on our behalf, on behalf of the government to wish you, Vladimir Vladimirovich, President, success (…) and of course health in the coming year,” Medvedev said at the Cabinet meeting.

In addition, the Prime Minister invited the head of state “for a Cup of tea.”

Earlier on Monday, Putin met with government members, summed up the work of Ministers. According to him, the Cabinet worked “with optimum effect.” The President expressed hope that in 2017 the country will be “on a trajectory of growth.”