China stole American underwater drone “eyes”, said the Ministry of defense. The incident occurred in the South China sea, where China disputes the right on a number of Islands with a number of Southeast Asian countries. The US is also interested in this rich oil and gas region, but the possible response of Washington to the incident with the drone could further anger Beijing. 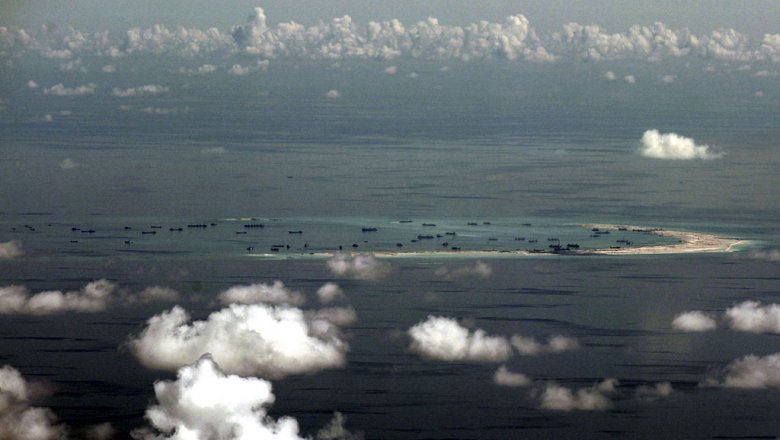 A Chinese warship captured by the us Autonomous underwater drone in international waters of the South China sea. About it reports Reuters, citing an official in the Ministry of defense. According to him, the incident occurred on December 15.

The Pentagon official told CNN that the ship of China has stolen American drone “eyes” of the team is an American Oceanographic ship that was going to beam it aboard.

According to an employee of the Agency, the American ship USNS Bowditch floated about 161 km from the port of Subic Bay, which is on the territory of the Philippines.

At the time of the theft the vehicle was in the South China sea in international waters. USNS Bowditch stopped to pick up two underwater drone.

China expressed concern because of the statements trump Taiwan

However, according to the official U.S. Department of defense, the Chinese vessel at this time launched their boat, which eventually came close to the drones, one of which is China, and took to his Board.

A military official noticed that the query US by radio, and stating that the stolen drone is an American property, the Chinese side said nothing. Only after an American ship unfolded, China got in touch with an American ship and said that they returned to the area of implementation of their planned operations.

The Pentagon still does not officially commented on the incident in the South China sea. The motivation of such action of China is not entirely clear, but this is not the first time that China is a provocation against Washington.

“Over the past years, China has seriously developed an underwater power struggle, it has become evident in the current incident. If the US assessed the potential of the Chinese armed forces according to, say, 2005, then they are very wrong,” — said “Газете.Ru” Alexey Fenenko, leading research fellow, Institute of international security problems Russian Academy of Sciences.

In his opinion, the incident between China and the United States is so dangerous that it happened in the South China sea, which is the subject of a territorial dispute between Beijing and other countries with access to the waters. Among them, Vietnam, the second largest partner of Russia on military procurement.

Membership of the Paracel and Spratly Islands in the South China sea now being challenged from six countries: Vietnam, China, Taiwan, Malaysia, Philippines and Brunei. But the status of the Paracel and Spratly Islands are not identified as, respectively, and exclusive economic zones (areas beyond the territorial sea and subject to a special legal regime).

Some of the Paracel Islands and the Spratly Islands in varying degree are used by people. For example, China occupied woody island in Parabelskiy ridge: summer of 2012 it became open to tourists, and its territory was built a hotel for visitors. Islands the Spratly Islands are regularly used by fishermen as a transit point.

Important transport aspect: annually through the waters is about 40 thousand vessels, the node provides 80% of imports of hydrocarbons in East Asia. Thus on Maritime oil imports account for 75% of all oil supplies to China (44,5% of all consumed oil). More than 75% of its imports China’s oil comes from the Middle East (the main contractors in Saudi Arabia, Oman, Iran, Iraq) and Africa (Angola).

The lack of compromise on the issue of ownership of the Islands pushes the countries of South-East Asia rapprochement with the United States. However, the stability of the region, the presence of the American fleet does not add, experts state.

According to Fenenko, if China will demonstrate tenacity and unwillingness to compromise, the US can decide on a show of force. For example, will once again introduce a few destroyers in the South China sea. In this scenario, the reaction of the PRC are difficult to predict.