The state Duma adopted in the first reading a bill authorizing regional and municipal authorities to introduce a fee for entry of vehicles in separate areas. Against his decision made all the factions except United Russia.

The draft law on the organization of traffic in Russia was introduced by the government in April, its consideration in the Duma was postponed several times. It allows you to impose temporary restrictions to stop the movement of vehicles on the roads, as well as charge for traffic on the roads and paid Parking lots.

His goal was to “create a legal framework to ensure road safety, reduced economic losses, as well as the formation of a unified approach for the organization of traffic in Russia”, — stated in the explanatory Memorandum.News 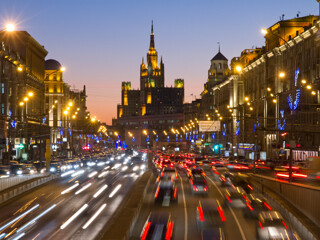 : a Paid entry into the city. Look at world experience

The consideration of the bill in the Duma caused a heated discussion among the deputies. The bill restricts the constitutional right to free movement of citizens, said a Communist Yuri Sinelshikov.

“If the driver going from Siberia to Moscow, it will remain so without pants,” said Anatoly Sinners from “Fair Russia”. The project requires “local authorities to patch their poor budgets,” said the Deputy.

The aim of the project is not road safety, and the introduction of paid entrance to the city, said the Vice-speaker from LDPR Igor Lebedev. He urged the government to assess the political consequences of the adoption of the document, noting that “the patience of voters is not unlimited”.

The bill was initiated by “a group of greedy businessmen who are already stuffed his pockets to pay Parking,” said the Deputy. According to him, the bill is designed to “majors on the roads do not interfere with the pensioners.”

Speaker from United Russia Alexander Vasiliev said that the faction supports the bill, although it requires revision.

Voted for the document 319 deputies, 100 — against and one abstained.