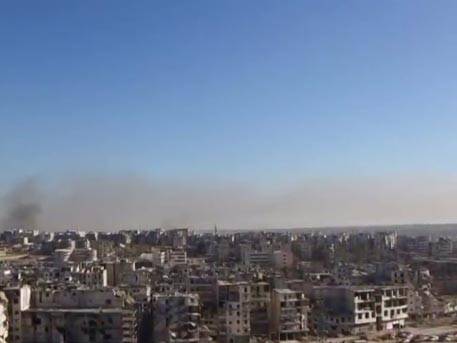 The defense Ministry denied the information that the streets of Aleppo allegedly littered with corpses of people. According to the chief of the Main operations Directorate of the General staff of the armed forces of the Russian Federation Sergey Rudskoy, it is a blatant lie.

Rudskoy noted that some Western politicians have launched a new information campaign. According to them, allegedly in the course of the operation to liberate Aleppo took place a mass death of civilians.

He stressed that the liberation of Aleppo came the officers of the Russian Centre for reconciliation and representatives of the International Committee of the red cross, however, “no corpses were not found”.

Rudskoy emphasized that the withdrawal of the militants of the whole world could watch in real time: the defense Ministry broadcast the footage from unmanned aerial vehicles.

Earlier in social networks, the organization of the “Syrian civil defense” issued a statement that all streets and destroyed houses in Aleppo full of dead bodies.

We will remind, on December 16, the Center for reconciliation has announced the completion of the withdrawal of all fighters from the Eastern neighborhoods of Aleppo.