The tramp pushed the head of ExxonMobil for the post of U.S. Secretary of state

Donald trump picked a new U.S. Secretary of state the head of the largest private oil company ExxonMobil Rex Tillerson. Tillerson have no diplomatic experience, but there are “ties with Russia”. 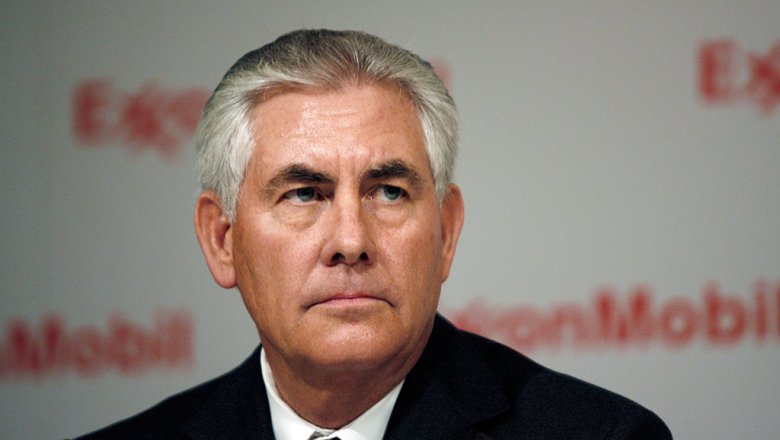 The US President-elect Donald trump was elected Secretary of state to the Chairman of the Board of Directors and CEO of ExxonMobil Rex Tillerson, Bloomberg reports, citing an official statement transition team trump.

Earlier, The Wall Street Journal wrote that Rex Tillerson is the main contender for the post of U.S. Secretary of state. According to the newspaper, among all applicants for this post Tillerson of “the closest connection” with Russian President Vladimir Putin.

According to CNN, Tillerson during his conversation with Donald trump has agreed to accept appointment as Secretary of state.

Businessman with ties to Russia

Tillerson have no experience in diplomatic Affairs, but he is well known as a successful businessman, who heads the largest private oil company in the world.

Donald trump Tillerson called “world class player” and said that the experience Tillerson at the conclusion of the “huge deals” in Russia is an advantage.

Rex Tillerson is ready to become the U.S. Secretary of state

Because of the sanctions imposed by the US against Russia, ExxonMobil in September 2014 left the joint with Rosneft projects on the Russian shelf development in the Black sea and in the Arctic, as well as projects in Western Siberia. Their potential losses from exiting joint projects with Rosneft, the us company was estimated at $1 billion To ExxonMobil in the project “Sakhalin-1” the American sanctions are not affected.

In June 2013, “for his great contribution to the development and strengthening of cooperation with the Russian Federation” the President of Russia Vladimir Putin personally handed Tillerson the Order of Friendship during the St. Petersburg international economic forum (SPIEF) in June 2013.

According to The New York Times in a couple of Tillerson because of the absence of his own diplomatic experience as Deputy Secretary of state, in the administration of trump consider the nomination of John Bolton, who was the permanent U.S. representative to the UN in 2005 — 2006.

Putin and Tillerson familiar at least since 2005, to the materials of the website of the Kremlin. In September of that year was held in Washington the meeting of the President with leaders of the three largest energy companies in the U.S., which was Rex Tillerson.

Since then, they have met fairly regularly. In August 2011 Putin, Tillerson and Sechin met in Sochi, when it signed a strategic partnership agreement, Exxon and Rosneft. In June 2012 Putin, Sechin and Tillerson met Tuapse, where Rosneft and Exxon signed the documents on joint work on hard-to-recover reserves and working together on the shelf. Tillerson then said that “nothing strengthens relations between the two countries, as economic cooperation companies.”

In June 2013, Putin took Tillerson, along with the heads of energy companies in the SPIEF, then Tillerson was awarded the Order of friendship.

The last time they saw each other, according to the official June 2016: Tillerson attended the plenary session of SPIEF, where Putin spoke about the specific bilateral meeting, however, was not reported. 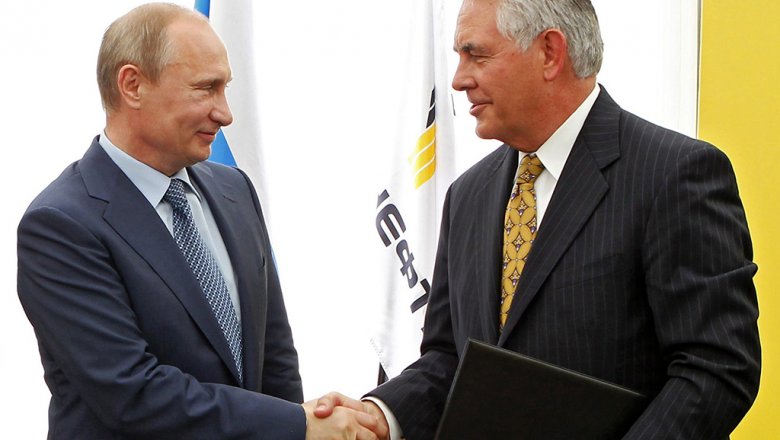 US senators is openly declared his intention to vote against Tillerson. However, a number of high-ranking representatives of both parties have allowed yourself to become critical remarks Tillerson.

For example, an influential member of the foreign Affairs Committee, democratic Senator Ben Cardin said in an interview with CNN on Sunday that Tillerson concerned about relations with Russia. “We want to make sure that the Secretary of state is the person that represents America,” he said. Another Committee member, Republican Senator Marco Rubio wrote in his Twitter that he hoped that the person in this position, US not necessarily “to be a friend of Vladimir Putin”.

Trump opted for Tillerson after his candidacy was supported by a number of influential politicians of the Republican party, writes Reuters, citing sources in the transitional administration trump. Among them, two former U.S. Secretary of state Condoleezza rice (George Bush’s administration-younger), and James Baker (served as Secretary of state under George H. W. Bush) and former Secretary of defense Robert gates.

Their support is seen as a key factor in overcoming the challenges that might face Tillerson with the passage of the hearings on his nomination in the Senate.

If the candidate Tillerson will be supported by the Senate, he will become the “public face” of the new diplomatic approach, which implies closer cooperation with Russia and concessions from China on trade issues and security issues, notes The Wall Street Journal.

Among those who considered the trump to this post — the former mayor of new York city and one of the closest associates of trump, Rudy Giuliani, US Senator from Tennessee and Chairman of the Senate foreign relations Committee Joe Corker, former CIA Director David Petraeus and former candidate from the Republican party in the 2012 election, MITT Romney.

Ahead of the announcement of the nomination, Romney wrote on his page in Facebook that he believes that “the new administration will strengthen the nation,” and that he had the honour to participate in the selection of candidates for the post of Secretary of state. Even earlier, on 10 December, former new York mayor Rudy Giuliani refused the post of the head of the US state Department, saying that “it would be better to continue to be a close friend and adviser” of trump.

His career in ExxonMobil Tillerson began in 1975 as an engineer technologist. In 1989, he became the General Director of the Central production unit of ExxonMobil in the United States, where he was responsible for oil and gas production in Texas, Oklahoma, Kansas and Arkansas.

In 1998, Tillerson became Vice President of Exxon Ventures, responsible for the development of fields in Russia and the Caspian sea, and the President “daughter” ExxonMobil, “Exxon Neftegaz limited”, the operator of the project “Sakhalin-1” which is realized on the basis of the agreement on production section. In addition to ExxonMobil, shares in it are owned by Japanese Sodeco (30%), and Rosneft and India’s ONGC (20%).