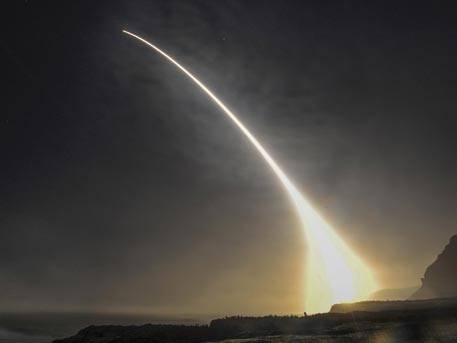 The announced modernization of the nuclear Arsenal, even within the United States called the largest and most expensive. For these purposes the U.S. government in 2016 was going to spend on 338 billion dollars.

Simultaneously with the extension of storage time, the Pentagon selects a contractor to work on the creation of new Intercontinental ballistic missiles to replace the missiles “Minuteman-3”. However, in circumstances where other members of the “nuclear club” are actively implementing dozens of similar systems to create effective weapons is becoming increasingly difficult.

Error of the century

The end of the cold war, the fall of the hated West, the Soviet Union, access of American experts on the more recently classified objects, the omission of which had been agreed upon – all in the early 90s from a terrible nightmare of the Soviet military turned to the Russian reality. Historians have noted that the greatest contribution to the combat capability of US nuclear forces has made the same “restructuring” and the policy of unilateral friendship with Russia. It is difficult to count how many projects aimed at ensuring the country’s security was “strangled” at the design stage, or interrupted at a crucial juncture.

That is the nuclear potential of the strategic missile forces of the Russian Federation and how can you hide a huge rocket in the train car knows the President of the United States Barack Obama, whose powers expire in January 2017. In 2005, while still a Senator from Illinois, in the composition of the state Commission for control over elimination of nuclear weapons, the politician visited the plant named after Kirov, where according to the Treaty on the limitation of nuclear armament disposed of the ammunition to missile RT-23 utth. This solid-propellant missile was part of a unique combat railway missile system bzhrk “Good”, the intercept of which with the help of modern means of space, and any other intelligence was impossible. 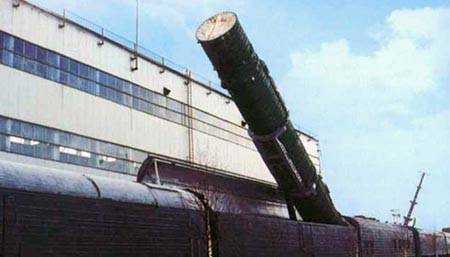 An onerous contract about “nuclear disarmament”, which for the sake of friendship with the United States began to implement M. Gorbachev, allowed the us military to relax. By and large, disappeared the components of nuclear deterrence, such as rail-mobile missile systems or missile complex medium-range 15П645 “pioneer” has allowed the US Department of defense to put an end to the unique Soviet technology and to pursue a more aggressive foreign policy not only in Europe but everywhere, where can be found the national interests of the United States.

In their evaluations, and numerous tests, the American experts concluded that the defense capabilities slabeva in the 90s Russia “in the foreseeable future may present a serious threat, in view of the change of policy”. It is the conclusion of many experts within the United States was later called a “mistake of the century”. It happened at exactly the moment when the strategic missile forces of the Russian Federation began to enter the mobile ground missile complexes “Topol”. 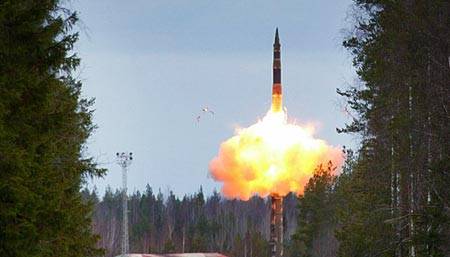 Adopting a new pgrk with recycled missiles in the DoD facilitated a comparative analysis of nuclear weapons the two countries and means of delivery.

The traditional bet on the submarines with nuclear weapons on Board it was limited could not, and for many years the Pentagon with the help of specialized companies of the military-industrial complex desperately searched for a way out of the situation. Having spent a complex of works on modernization of liquid sea-based missiles Trident II modifications D5 to allowing shelling the territory of Russia and China is actually from the territorial waters of the United States (launch range from 7 800 to 11 300 km from QUO equal to 90 meters), the Pentagon left in the nuclear Arsenal of 450 silo-based ICBMs “Minuteman-3”, and even carried out work on the extension of their service. 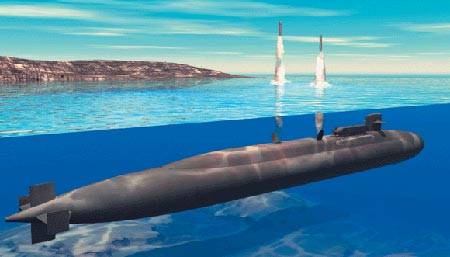 To invent a rocket again

In the next few years, American specialists will not just make a technological breakthrough, but also to ensure the reliability of its own element base and also to calculate the probability of interception of a new Intercontinental missile silo-based. To compete with American professionals have already taken advantage of the Russian ICBM development, production and formulation of which are on alert as one of the main tasks of a large-scale rearmament.

Not superfluous to recall that, in fact, one of the American companies selected for testing the full cycle of silo-based ICBMs need to act as a follower, and not as leading specialists in this direction. The misconception that the entire Soviet technological backlog, including mathematical calculations, design and creation of experimental products have been lost and put the American program for the development of advanced silo-based ICBMs to a standstill.

New program to create ICBMs called GBSD (means of strategic deterrence, ground-based) is stuck at the discussion stage. To report on the status of the project developers and the military were in October 2016, but the election of the President of the United States has postponed the hearings for February 2017. The main factor complicating the work of U.S. companies and developers of ICBMs to replace the “Minuteman-3” is the creation of combat units capable of breaking through modern layered missile and air defense. 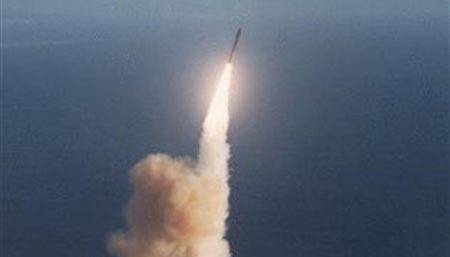 Missiles “Minuteman-3”, securely locked inside the launchers were made until the late 70-ies, and existing and prospective funds for missile defense and air defense, consisting currently in service of Russia’s Armed forces provide control, support and self-defeat any maneuvering purposes of this type.

“It is important to understand that all the weapons, including the s-400, and especially the s-500, initially, at the development stage the idea was conceived as a universal means of interception of aerial targets. Including, of course, and warheads of Intercontinental ballistic missiles,” – said in an interview with TV channel “Zvezda” military expert, the editor of the magazine “Arsenal Fatherland” Alex Leonov. 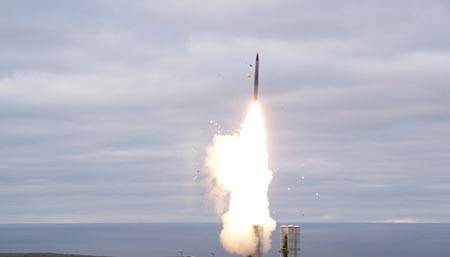 When you consider that the missile, launched from the territory of the United States almost immediately placed “under the hood” far radar type “Voronezh” early warning system, the only trump American ICBMs in this case can only be combat units, able to quickly travel long distances, as well as missile defense and air defense. And judging by the statements of the us military and the recent tests, designed to extend the service life of missiles “Minuteman-3”, at the moment American companies have efficient and tested solutions to this issue.

Experts note that the traditional comparison of American Intercontinental ballistic missiles and ground missile systems in service with the strategic missile forces of the Russian Federation in this case is not carried out. The rate on conventional weapons using advanced guidance systems and a desire to bring democracy to where it cannot resist played with the American specialists a cruel joke.

In fact, at the moment American missiles “Minuteman-3” missile bases and covering them interceptor missiles completely vulnerable. Experts believe that in the case of global conflict and nuclear exchange, the us military will not be able to use for its intended purpose missiles “Minuteman-3”, which though are in good condition, but built a few decades ago.

“In the 70-ies such missiles do pose a greater danger to the Soviet Union. Work in the area of detecting and preventing missile attacks were carried out in full growth, and about the same time implemented the decision of the first complexes are not only able to intercept warheads with individual guidance, but also to carry out such an operation, if ammunition will start to maneuver,” notes military historian, engineer, rocket scientists Igor Weleh. 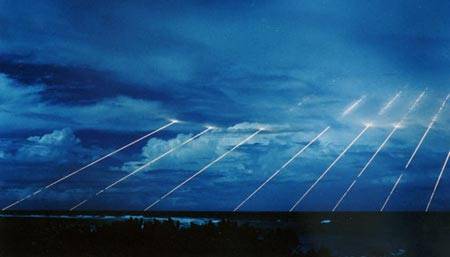 Big omission, according to experts, is the lack of modern solutions for liquid missiles. The main difference between domestic strategic missile forces is that work in the field of missile technology and weapons to protect the state take into account almost all available ground-based platforms. “Topol-M” and “YARS”, placed on a heavy truck chassis are unique, and still nobody copied solutions.

Experts do not doubt the ability of the complex to the covert transfer over large distances reduces to zero the probability of detecting the enemy. Worries American experts “planted” the recent statements on the resumption of work on the creation of a rail-mobile missile systems of new generation and throwing test liquid Intercontinental ballistic missile RS-28 “Sarmat”. 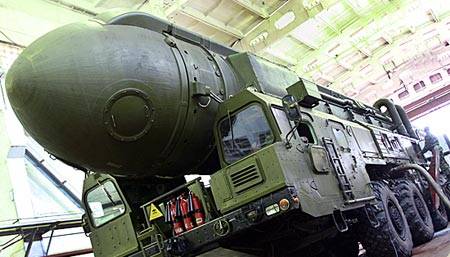 The last sample is notable for the fact that military units are reportedly not just equipped with smart electronics and capable to maneuver at hypersonic speeds. Given this fact and the complexity of American specialists in the creation of missiles capable of hitting hypersonic warheads, it is worth thinking about the timing of the creation of “response” to the already developed Russian missile systems.

Military expert Vadim Kozyulin in his interview to TV channel “Zvezda” said that the issue of modernization of the U.S. silo-based ICBMs in this case, a little bigger than it seems. “Compare silo-based missiles in the U.S. is not correct for one simple reason. The deployment of missiles there is rather a tribute to tradition. In fact, the Americans focused the entire nuclear Arsenal in the mines around one of the missile base, while we have position areas spaced over a wide area beyond the Urals,” – said the expert.

In order to in the foreseeable future to modernize its nuclear forces, the Pentagon will have to spend nearly a trillion dollars, but also to revise the very concept of placing ground-based nuclear forces on its own territory. Military experts believe that the renewal of the IDB in this case, the smooth implementation will not work, and to stretch this idea maybe a decade. Commenting on his own assumptions, experts explain that upgrading individual sensors, systems, and the introduction of modern computers with software in this case do not succeed.

Independent military experts believe that the development of heavy silo-based ICBMs in the design which will take into account all the modern means of interception, the United States will have to spend from 8 to 12 years. Extending storage silo-based missiles is limited to 2020-th year, however, it is clear that to provide a fully working and adapted to modern conditions rocket American developers do not have time. Military experts in the United States on a wave of disputes about the necessity of modernization began to argue about the appropriateness of huge spending on nuclear missiles and silos, collected in one place. 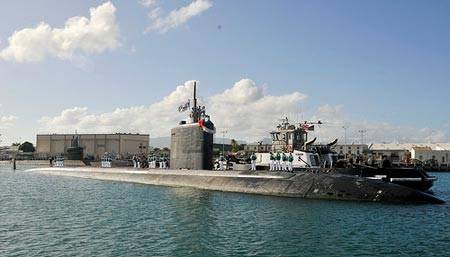 The main hope to deter a potential enemy in the United States rely on the newest SSBN Columbia (USS Columbia), which invested huge funds. Although modern submarines with nuclear missiles on Board the us Navy enough, unique missile systems, land-based, created in Russia in the Armed forces of the United States is not, and in the near future is not expected.

Thus we can conclude that to counter the Russian nuclear deterrent forces American companies need to use all existing experience in creation of rocket weapons and to mobilize for such work the best specialists. However, even a significant amount of funding and the best research teams does not guarantee that the result of many years of work will appear ICBMs, the characteristics of which will be better than the nearest rivals – Russia and China.

Photo: the Ministry of defence / U. S. Navy / defense.gov