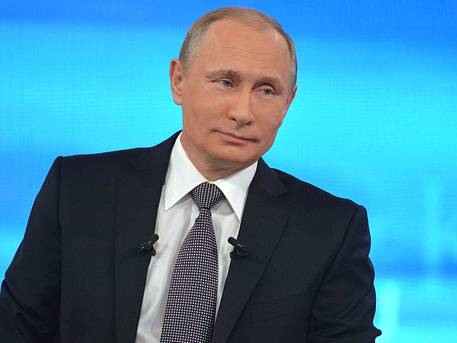 Russian President Vladimir Putin commented on the information the Western media that Russia is building teleport. He suggested “not to disappoint” Western journalists, reports TASS.

“Let’s not disappoint them. Need this version to support”, – said ironically the head of state at the meeting of the Supervisory Council of the Agency for strategic initiatives in the Kremlin.

Earlier, the British newspaper the Daily Telegraph wrote that “Putin’s team” started to create the teleport which should be launched by 2035. The assurance media, the project plans to spend two trillion dollars. Also, the publication saw in this “developing” a “threat to national security to all countries”.

Press Secretary of the President Dmitry Peskov has explained the emergence of such information. According to him, in the summer of 2016 one of the intermediate versions of the road map of ASI projects got in the media. It described the work on quantum teleportation, and journalists later threw the word “quantum” and wrote that the Agency, by 2035, will carry out the teleportation.

Photo: press service of the President of Russia