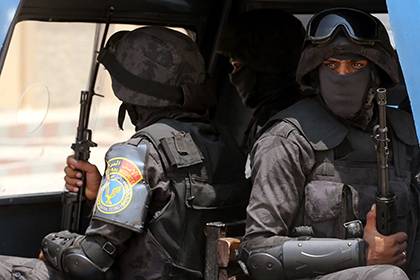 The explosion at one of the checkpoints (checkpoint) in Cairo killed six policemen. About it reports Reuters.

Injured three guards and four passers-by. The bomb was planted in a garbage container installed next to the checkpoint.

None of the terrorist groups has yet claimed responsibility for the incident.

On 14 October this year it was reported that an attack on one of the checkpoints in the Sinai Peninsula killed 12 of the Egyptian military. According to authorities, the incident was the first major attack of its kind in this part of the Sinai, which has not previously been attacked by Islamists.

October 31, 2015, in the Sinai Peninsula crashed Airbus A321 “Kogalymavia” flying from Sharm El Sheikh to Saint Petersburg. All 224 people (mostly Russians) who were on Board were killed. The responsibility for what happened took on the militants affiliated with the “Islamic state” (IG, is prohibited in Russia) the terrorist group “Vilayat Sinai.” The accident occurred as a result of the explosion of a bomb carried on Board by one of the accomplices of the terrorists.