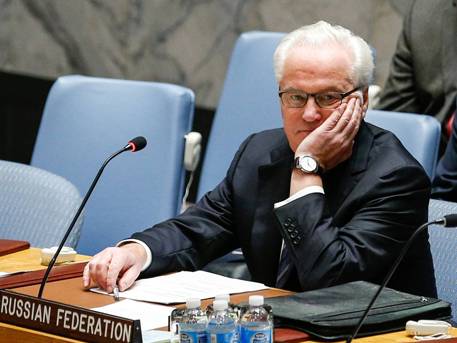 Permanent representatives of Russia and Ukraine in the security Council of the United Nations different approaches to the Syrian issue, comparing SAR with the Donbass, RIA Novosti reported. According to Vitaly Churkin, all claims of Ukraine to Damascus, remarkably similar to those claims that can be presented to the actual Kiev Donbass.

“Seemed to me rather curious that all of the claims that the representative of Ukraine tried to present to Damascus, a word-for-word to be addressed to Kiev with his so-called anti – terrorist operation in Donbass”, – said Churkin.

The Ukrainian representative Volodymyr Yelchenko said that Russia itself has compared Syria, Donbass, so continuing the theme, he’d like to note that the methods that Russia allegedly uses in the RAA, and work in the Donbass.

“The methods used by Russia and controlled by forces in the Donbass the same as they use now in Syria. First to intervene and then to play the role of mediator,” he said.

Earlier, Russia and China blocked a UN security Council resolution that involves stopping the fire in Aleppo, including in the Russian Federation banned the ISIL and groups “dzhebhat an-Nusra”.