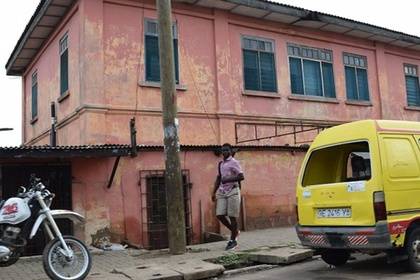 Law enforcement agencies of Ghana stopped the fake American Embassy, which ten years working in the capital, Accra. This was reported on the website of the US State Department.

As noted, the real building of the diplomatic mission was established by the American national flag. Inside was a photo of the current President Barack Obama and members was presented to members of criminal gangs from Turkey and Ghana. Visitors were given identity documents, us passports and visas.

It is noted that the “Embassy” provided for by bribes to local officials, who also provided the forms are legal documents. The deception was discovered during the operation “Spartan vanguard”, which was conducted by agents of the diplomatic security at present, the U.S. Embassy in Ghana with the aim of addressing the problem of trafficking and fraudulent documents.

In the course of the investigation, arrested several members of the fake diplomatic mission. They seized 150 passports and many fake and real visas of the countries of South Africa, European Union, India and the United States.