Published photos from the scene of the missile firing during the exercise of the armed forces of Ukraine near the Black sea. Pictures of the press service of the Ukrainian Ministry of defence publishes the portal “Obozrevatel“. 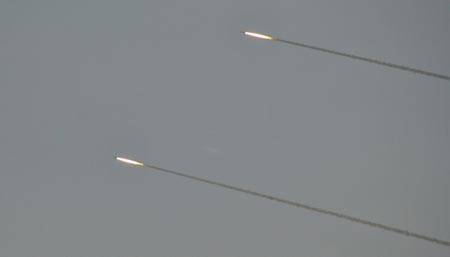 Earlier, the armed forces of Ukraine announced its intention to carry out the launches of anti-aircraft missiles in the North-Western part of Black sea. Later, the Ukrainian authorities have shifted the boundaries of threat to civil aviation areas to the West of the territorial waters of Russia. The President of Ukraine Petro Poroshenko reported on the successful launches of missiles during the exercise, scheduled for 1-2 December.

Photo: Ministry Of Defense Of Ukraine