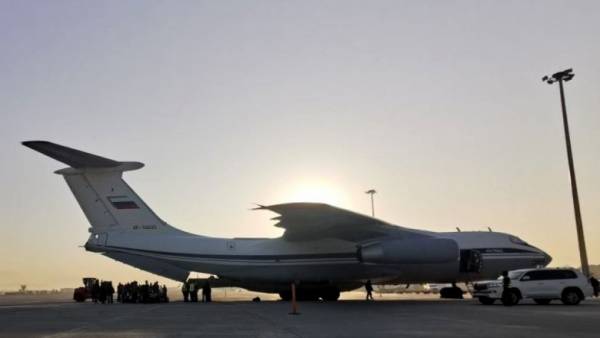 “They delivered 36 & nbsp; tons of humanitarian aid to & nbsp; Afghanistan & nbsp; & mdash; these are food, medicine and & nbsp; essentials & raquo;, & nbsp; & mdash; indicated by the correspondent with & nbsp; the place of events.

Three aircraft took off from the & nbsp; Chkalovsky airport near Moscow. The operation to & nbsp; the provision of humanitarian aid was organized by the Russian Minister of Defense Sergei Shoigu.

On December 2 & nbsp; three planes with & nbsp; evacuated from Afghanistan & nbsp; landed at & nbsp; Chkalovsky airfield. This evacuation was the third in & nbsp; a row. In total, military transport aircraft took out more than 380 citizens, including & nbsp; & mdash; residents of Russia, Kyrgyzstan, and & nbsp; also Afghan students of Russian universities.