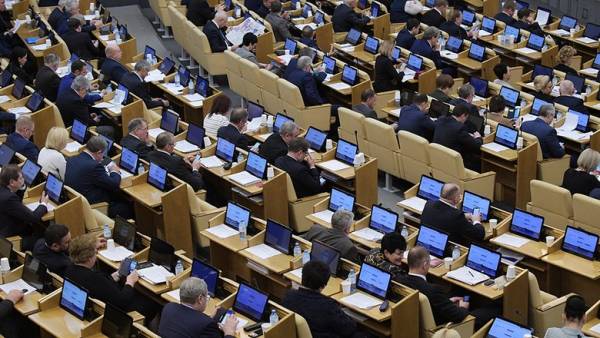 In addition, according to current legislation, the head of the region cannot & nbsp; be elected to the & nbsp; position of the highest official of the subject & nbsp; RF for more than two terms in a row.

The bill proposes to exclude this requirement – the number of terms in office of governors will be determined by the regional legislatures.

Also, the law will enable local parliaments to work remotely.

Parliamentarians noted that the development of & nbsp; & nbsp; & nbsp; provisions of the Constitution on & nbsp; a single system of public authority. In addition, according to the document, the highest official of the region can only be called the head of a constituent entity of the Federation.

On December 22 & nbsp; December 22, 2020, a State Council commission on & nbsp; evaluation of the effectiveness of the regional government began its work in Moscow. During the event, the prospects of working with & nbsp; taking into account the innovations were discussed, in & nbsp; including joining the & nbsp; composition, in addition to governors and & nbsp; ministers, mayors and & nbsp; other leaders of the municipal level.