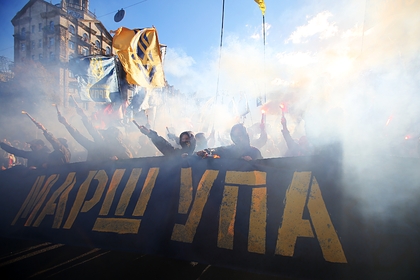 Yegor Chernev called collaborators the citizens of the USSR killed during and after the Great Patriotic War by the militants of the Ukrainian Insurgent Army (UPA, banned in Russia) . He stated this on the air of the ICTV channel, RIA Novosti reports.

“Let me remind you that over the ten years of the existence of the UPA, more than 30 thousand Russian invaders and collaborators have been destroyed,” he said.

On October 7, the deputies of the Lviv Regional Council in Ukraine, during a plenary session, proclaimed 2022 the year of UPA collaborators. The decision is due to the fact that in 2022 it will be 80 years since the founding of the first military units of the UPA, which collaborated with the Nazis and was involved in the mass extermination of the Jewish population in Ukraine during the years of the German occupation.

The UPA was created in October 1942, her militants fought on the side of the Third Reich. After the surrender of Nazi Germany until the mid-1950s, the organization organized sabotage against the communists.